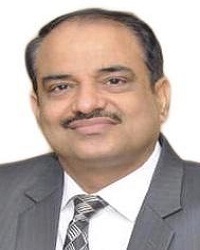 Dr. Shanwal also worked as Associate Professor with Fiji National University (a renowned international university) at the College of Humanities and Education in Fiji Islands. Prior to joining GBU Dr. Shanwal had been awarded Research Associate Fellowship from the Indian Council of Medical Research (ICMR), New Delhi. He had carried out his Post Doctoral research work at the Institute of Human Behaviour & Allied Sciences (IHBAS), Delhi. He also worked with ICMR Task Force Project on â€œSuicide Behaviourâ€ . He is a recipient of prestigious awards like Young Scientist and P.B. Buckshey Awards and ESDA National Green Award. He had been the only Indian Member in Planning team of an International Conference held in Netherlands in the year 2005. His name has also been figured in â€œEmerging Indians 2007â€ under Science Technology category through survey conducted by â€œThe Week-IMRBâ€ in its August issue, 2007.

Dr. Shanwal has been awarded Doctorate of Philosophy (Ph.D) from Jamia Millia Islamia, New Delhi in the field of â€œEmotional Intelligenceâ€. He has done  Post Graduations in Education, Political Science as well as Management (HR). Besides, he has also done Post Graduate Diploma in Counselling and Behaviour Modification from reputed Indian Universities. He is one of the pioneer researchers in the field of emotional intelligence. His work has been published by national and international media including Fiji Times etc. He had generated and adapted a measure of emotional intelligence appropriate for Indian Population.

He has also been recipient of Travel Grants from ICSSR for presenting a paper in the International Conference. He has contributed three books on â€œEmotional intelligence'', one of them was published by Nova Science Publishers, New York. His recent edited book â€œAlcoholismâ€ has been published in 2017-18.

Dr Shanwal has written more than three dozen of papers including book chapters, research papers and articles for books, journals and magazines of repute .He has contributed in more than two dozens of Conferences/Seminars at national as well as international level. He has been invited by several prestigious Institutions/universities  as an  expert for  talks/special lecture/training on various current topics including Emotional Intelligence, Stress Management, Psycho-social issues and Environmental Education and Teacher training etc. His work has figured in prestigious publications like Fiji Times (one of the oldest newspaper), the Hindu, Kurukshetra, and Everymanâ€™s Science etc.

Past Positions held at International level :

â€¢  Associate Professor in the School of Humanities & Education, Fiji National University (largest University in the South Pacific), Fiji Islands since 1st March 2012 to 22nd June 2012 (on EOL from GBU).

â€¢        Enlisted in the selected list of â€œEmerging Indians 2007â€ under    Science & Technology category through survey conducted by â€œThe Week-IMRBâ€ in its August issue.