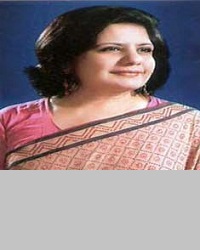 Dr. Sangeeta Wadhwa joined Gautam Buddha University in July 2012 as Research/Faculty Associate in the University School of Buddhist Studies and Civilization. She has been teaching History and Buddhism at the University Schools of Buddhist Studies and Civilization, Law, Justice and Governance, Humanities and Social Sciences since then. She has been working as Faculty Incharge of the Department of History and Civilization since June 2019. Her teaching areas include History of Buddhism in India and Asia, History of Ancient India, History of Ancient, Medieval and Modern Europe, History of Early Southeast Asia, Historiography, Research Methodology in History and Japanese Language at Undergraduate and Post Graduate levels. Her research areas include history of early Buddhism in India and specific texts of early Buddhism. She has specifically studied the rise and early development of Mahayana. For her Ph. D. she studied three texts: Saundarananda Kaavya, Shikshasamucchaya and Saddhammopayana. She did a comparative study of the Mahayana and Theravada elements in them. Her knowledge of Pali and Tibetan languages enable her to study the primary sources for Buddhism. Her knowledge of Japanese language helps her use the enormous Japanese secondary sources on Buddhism. Before the present assignment at Gautam Buddha University she taught Japanese language at the department of East Asian Studies, University of Delhi, for six years and six months, from August 1992 to February 1994 and from December 1995 to December 2000. After this assignment she took a sabbatical to pursue Buddhist practices on her own. After her sabbatical she started learning Pali and Tibetan languages to pursue Buddhist studies academically. She learnt these languages from the department of Buddhist studies, University of Delhi from 2007 to 2009. She did her Ph. D. on “Buddhism and Buddhist Culture: Commonalities in Pali and Mahayana Texts, from c. 5th Century BCE to 13th Century CE”. The Ph. D. was awarded in March 2019. Her earlier education has been in History and Japanese Studies. She did B.A. (Hons.) History from I.P. College, University of Delhi. She did her M.A. in History from the same college, attending classes at the North Campus. She opted for the History of Japan, China and USA in M.A. Previous and in the Final year specialised in Modern India. For M.Phil she joined Department of East Asian studies. After the course work which included papers on China, Japan and Research Methodology she did her dissertation in Japanese history. She was awarded UGC’s Junior Research Fellowship under Area study scheme for doing M. Phil. She then started learning Japanese language from the same department to read the primary sources for her research. She did Intensive and Post- Intensive Diploma (one year each) in Japanese language from the Department of East Asian Studies, University of Delhi. She also passed Japanese Language Proficiency Test organized by Japan Foundation worldwide up to Level two ( starting from 4 the topmost level is level 1). She also did three year part time diploma in Japanese language from Japanese Cultural and Information Centre which comes under the Embassy of Japan. She was awarded Japanese Government scholarship (Senior) under exchange scheme between Tokyo university and Delhi university to study at the university of Tokyo for fourteen months from February 1994 to March 1995. She attended two post graduate seminar classes in the department of history, earning six credits for the same. She also attended Japanese language classes for one academic year getting an A grade. Besides her career she takes care of the street dogs in her area. She gets them vaccinated regularly, has got them sterilised besides feeding them regularly. During the COVID 19 period from March 2020 she has been spreading awareness and needs to the poor, especially those living in the slums. She has been honoured with the Corona warrior award by National Thoughts, an organisation working for social issues.