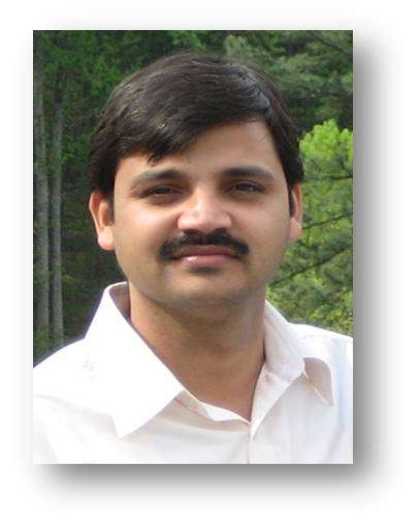 Dr. Bhupendra Chaudhary is an Assistant Professor of Plant Genetics and Biotechnology at Gautam Buddha University. He is a noted researcher whose current research interests lie in the evolutionary genetics of cotton fiber development which encompasses molecular and genome evolution, phylogenetics, and functional characterization of key gene families evolved under cotton domestication using transgenic technologies in cotton. Dr. Chaudhary completed his M.Phil. and PhD. from the University of Delhi in 1999 and 2006, respectively. Chaudhary was a Postdoctoral and University Research Fellow at Iowa State University, USA from 2007-08. He has published more than forty research papers in the international peer-reviewed journals. Dr. Chaudhary is a keen student of social science policy particularly related to the field of agriculture.

Associateship for Specialized Training of Young Scientist in Niche Areas of Biotechnology: 2005-06