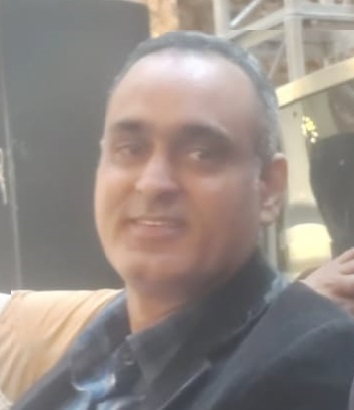 Dr. M. Tashfeen Ashraf is working as Assistant Professor in School of Biotechnology. After securing his Masters Degree in Biochemistry, he earned his doctorate in Biotechnology from Aligarh Muslim University (2008) during which he characterized the folding intermediates of various proteins. Before joining Gautam Buddha University in 2009, he worked as SRF at School of Biotechnology, Jawaharlal Nehru University where he studied biomolecular interactions and stability using high precision microcalorimetry.

His research area involves the study of folding behavior of proteins, their structure-function relationship and protein- protein interactions under normal and disease conditions. Among proteins, lectins (carbohydrate binding proteins/glycoproteins) remain his preferred class of biomolecules not just because of their versatile applications in healthcare and life science research, but also as a natural outcome of the interest he developed during his doctoral studies on concanavalin A (a lectin).  Exploring the potential of bioactive compounds from algal and other sources is another area of investigation. Dr. Tashfeen has published his research in different journals and presented his work at various fora. In 2019, he was conferred the "Outstanding Researcher Award in Biochemistry" by Indian Association of Clinical Medicine.

Ph.D. in Biotechnology from Aligarh Muslim University (AMU), India in 2008.

Title: Spectroscopic characterization of folding intermediates of various proteins and purification of lectin from Trigonella foenumgraecum.